Many children from the slums of Nairobi are faced with the daily decision of going to school and going hungry or skipping school and spending the day begging and stealing in the hope of getting something to eat that day.

By offering a cooked meal in school we encourage the children to come to school and stay in school and get themselves out of poverty for good.

Our feeding programmes work! Attendance rates are up and the overall performance of the schools that we feed has improved dramatically. We currently feed 1000 school children every day but with your help we can expand our feeding programmes throughout Kenya and ultimately throughout Africa and give even more children the chance to get themselves out of poverty for good. 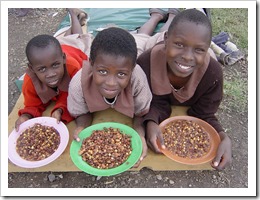 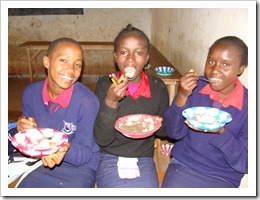 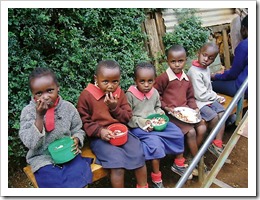 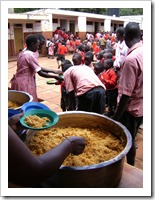 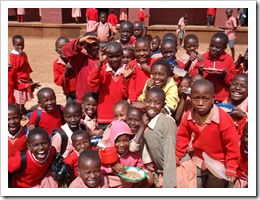 When we first visited Cheleta back in 2007 there was a real atmosphere of despair in the school. There was no feeding programme in the school and most pupils faced the daily choice between going to school and going hungry or skipping school and spending the day begging and stealing in the hope of getting something to eat.

As a result attendance rates were low and academic performance was poor, the teachers were despondent and the students felt hopeless. But how quickly things changed! Within one year of starting our feeding programme attendance rates were up and the average score in the KCPE (the exam they do to gain admittance to secondary school) had risen from 168.36 to 198.14. It has continued to rise every year and in 2011 they achieved an amazing average score of 231.14! Of course our secondary school scholarships have also helped to turn things around.

In 2008 we became aware that whilst the children were doing better in the KCPE, very few of them were actually continuing on to secondary education. This was because whilst primary education in Kenya is free, secondary is not and for parents living on less than £1 a day the fees are prohibitively expensive. For this reason we started our secondary school scholarship programme in 2009 and have continued to sponsor the best students from the school every year since. The effect has been a joy to watch! The students are full of hope and driven to succeed and the teachers have found new inspiration and motivation to help their students achieve an attainable goal.

The first students from Cheleta are due to finish secondary school in 2012 and we’re really looking forward to continuing with them on their journey to university. 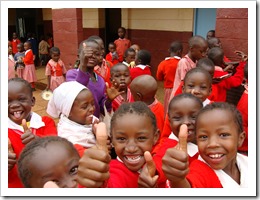 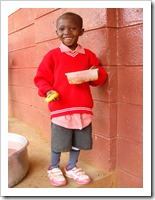 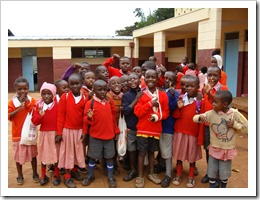 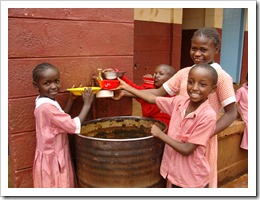 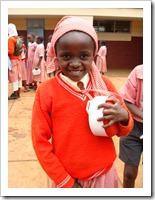 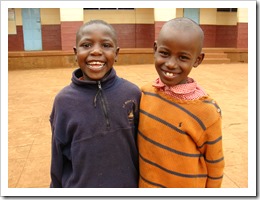 We have been working with Christian Institute since 2007, providing a cooked meal every day and have always been impressed by the extremely dedicated staff. But the school continues to struggle financially. Set up to give a chance to the poorest members of the community, it doesn’t receive any assistance from the government and lacks the most basic books and equipment.

We were therefore really impressed when the staff showed their initiative and approached us earlier this year with a proposal to help make the school self-sufficient. Their income generating computer lab idea seemed like the perfect solution to their problems, giving the kids an opportunity to learn ICT whilst bringing in valuable income to the school by offering internet access and ICT training to the local community for a small fee.

We were so convinced of the merits of the project that we wasted no time in contacting the Kenyan branch of Irish charity Camara and arranging a visit to the school. Following the visit Camara immediately confirmed their willingness to work with the school and we were then delighted to receive a grant from Lloyds TSB to fund the project! We aim to have the lab up and running by September 2012 and can’t wait to see the positive effect it has on both the school and the local community. 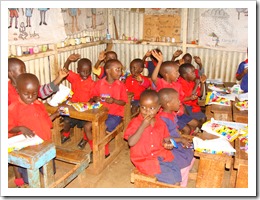 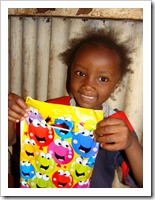 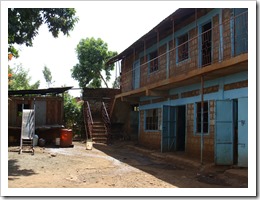 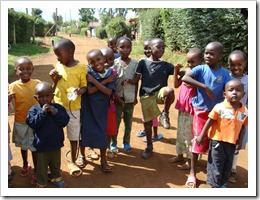 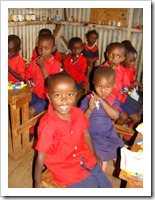 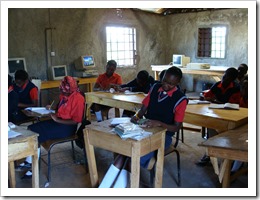 As a result of our feeding programme, the children in our primary schools started to show a dramatic improvement in the KCPE (the exam they do to gain admittance to secondary school).

We became aware however that the vast majority of children were not continuing on to secondary school. This is because whilst primary education in Kenya is free secondary is not and for parents earning less than a dollar a day the fees are prohibitively expensive. For this reason in January 2009 we started our secondary school scholarship programme, providing everything that the children need to attend boarding school for 4 years. This not only gives the sponsored child the chance to get out of poverty but has a positive effect in the primary school where the children now have hope that they will be able to continue their education.

Day schools exist in Kenya but we chose boarding school in order that we could remove the children from the difficult situations they were living in and give them a chance to focus totally on their education in a secure structured environment where they receive 3 meals a day and aren’t under pressure to go to work instead of going to school.

We currently sponsor 70 children through secondary school and with your help we can sponsor even more children and help them get themselves and their families out of poverty for good. 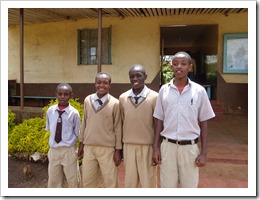 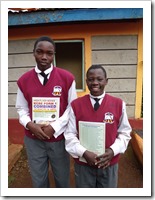 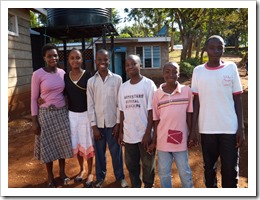 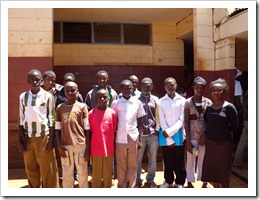 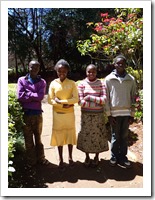 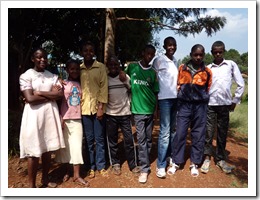 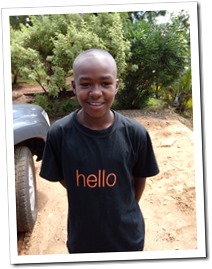 Adan was born in Githogoro slum where he lived with his single mum and brother. He never knew his father. He attended Cheleta primary school and benefitted from our feeding programme there. His mum washes clothes to try and get enough money to feed her family. She earns approx 50p per day and would never have been able to pay Adan’s secondary school fees. We awarded Adan with a secondary school scholarship in 2010 and he is now in Form 3 in Kanunga. He is an A student and first in his year. He wants to be a neuro-surgeon. 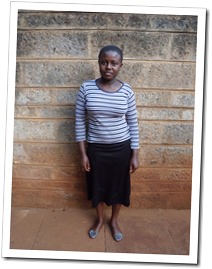 Raised in a slum in Nairobi, Pamela’s father died when she was a child and her Mum struggled to raise Pamela and her 6 brothers and sisters by selling fruit and vegetables and earning less than £1 per day. When we met Pamela in January 2011 she was living in a 2 room shack with her mother her sister and her 2 brothers. We awarded Pamela with a scholarship to attend Senior Chief Koinange boarding school and she is now in Form 2 and is attaining an A-average.

Pamela wants to be a lawyer.